We need donations
and comprehensive
entries on
alternative medicine.

You are here: Fungi

n the beginning of the 19. century the fungi were seen as a different kingdom on the same level as plants and animals. Later they were grouped under the plant kingdom. Only latest researches in biochemistry and genetics have made it probable to place the fungi as a kingdom of their own. Here we will follow this old and newest point of view. Above this fungi are more related to animals than to plants from an evolutionary point of view.

To search further into the taxonomical levels, please type the desired terms into the input box of the systematics search
or click here.

Lichens have often been mentioned as a phylum of its own, which doesn´t make sense, since they are a symbiosis of fungi and algae, but not a form of life of its own. As their structure is mainly determined by the fungus as symbiont, they belong to the kingdom of the fungi.

Since there are many more taxons of fungi than there are relevant for current homoeopathic purposes, we only give those, that we need here. 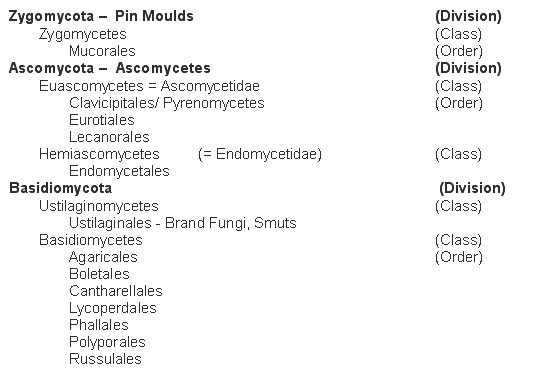